I’ve been posting so much about violin stuff you’ve probably wondered if I still run anymore. Oh yes! When I get stressed I run. 🙂

One of the things I’ve really enjoyed about my Atlanta Track Club membership this year is the free races for members. You can race pretty much every month, which is what I’ve been doing. The plan that Jeff and I came up with back in January is to do a bunch of shorter races the first 1/2 of the year, and then go into marathon training for the fall. Well this past weekend I did the Braves Country Father’s Day 4 miler, and had a really strong race despite the hills! The super fun part was finishing the race on the field where the Braves play. Oh, and seeing lots of friends! 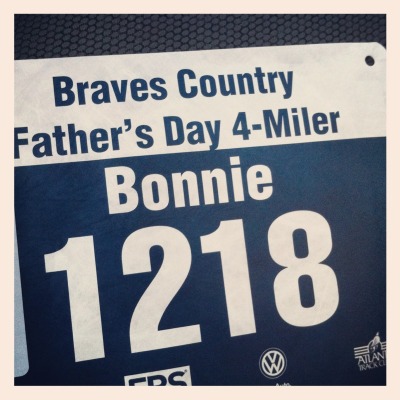 The course took us around Grant Park, which was a nice change from where I usually run. I really liked it! Still a bit hilly, and we got to run past the zoo, which was naturally on a hill (and a bit smelly). I came out of it feeling really strong. Strong enough to tell my coach that I think I can do 2 more miles at that speed. It’s a really nice feeling to have going into your next 10k! 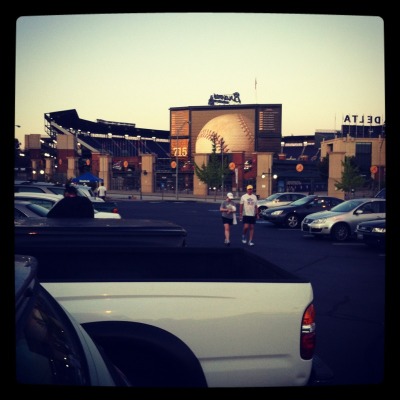 So, now all I have coming up is the Peachtree Road Race July 4th. Well, that is until marathon training begins because I’ve signed up for marathon #9 last month. I’m actually glad that Rocket City has some small rolling hills on the course. I’m not a big fan of all flat courses. I like the change in elevation, and taking advantage of downhills. 🙂