There are unwritten rules when it comes to stand partners in orchestras. Certain things expected of each person at the stand. Heck, knowing the union they may actually be written down somewhere. This past weekend I played at the Savannah Philharmonic. It’s a fantastic orchestra that has come such a long was in its short 2 year history. It’s my favorite group to play with however, this time, I couldn’t wait to get home. My stand partner was a nice guy, but not the greatest of stand partners.

Above all else the stand should be shared equally between the two players. Both should be able to see the music easily, there should be enough room that no one gets bumped, and the stand should be placed so that the conductor & leader of the section are visible. All of this seems fair, and logical doesn’t it? You would think so!

I’ve never had an experience quite like this one in my professional career. The first rehearsal got off to a rocky start when my stand partner started knocking into my violin. It threw me off so much I missed the whole last page of the Mendelssohn we were playing. What had just happened? It was bad enough that I couldn’t see the music, but had he really hit me? The answer a little later was indeed yes when he hit me yet again. It happened every single rehearsal, and 3 times just in the first half of the concert alone. He said he wasn’t trying to be a jerk, and I kept explaining I couldn’t see the music. Oh, well, he’ll scoot it over a little. The problem was that he would then lean in so much he was practically in my lap. I was leaning this way, and that way trying to avoid him, and I was still constantly getting hit (honestly, I don’t know how I got away without him doing any damage to the violin). He explained he just got so caught up in the music, but that he prefered chamber music so that he could have his own stand. In my head I was secretly wishing he had his own stand right then too. Looking back I probably should have gone to the personal manager. This was way out of control, and the distance checks we did never did any good because he would always rearrange everything closer to him, or scoot in more right after. I was completely fed up. My body was so sore from all of the leaning, and I was in a bad mood most of the week. Even my friends who aren’t musicians knew this guy was way out of line, but he himself couldn’t figure it out. Maybe I was too nice. Maybe I should have told him that he needed to get it together and knock it off with a little more force behind what I was saying. I pointed out once we were on stage that I couldn’t move anywhere. 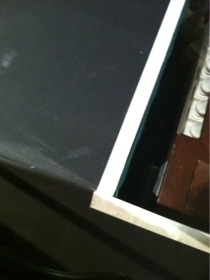 That white line is the tape around the edge of the stage. I was inches from going off the edge. But he just kept knocking into me… We will not get into the fact that we didn’t have the right bowings either…

When The Savannah RNR was first announced I got really excited. I love running in historic downtown whenever I’m in town. Closer inspection of the map over the past couple of days shows that only a very small portion of the course goes through what is considered historic downtown. That doesn’t mean there aren’t lots of pretty parts of the course. It just means I can’t show you much of it on this trip (hint Savannah Philharmonic ask me back in the fall please 🙂 ). So here’s a little preview:

The start:
The race starts on Bull Street. It’s the main street that goes next to the river. Not to be confused with River street, which is a level lower where all of the shops are & limited driving access. You can’t see much of the river from Bull Street, but you get a great sense of Savannah history. The state house (savannah being the first colony settlement in Georgia was once the capital of the state), along with lots of great historical markers for various buildings. 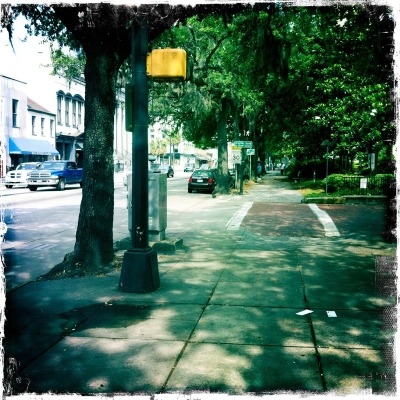 That’s where you’ll be running!!

After the start you’ll go through a little industrial area by the bridge that takes you to the barrier islands north of Savannah (think Hilton head). Some wondering through the suburbs eventually bring you back to historic downtown, and Liberty Street (conveniently where my hotel was on this trip. Savannah Hilton Desoto rocks, and I got a great deal through priceline). 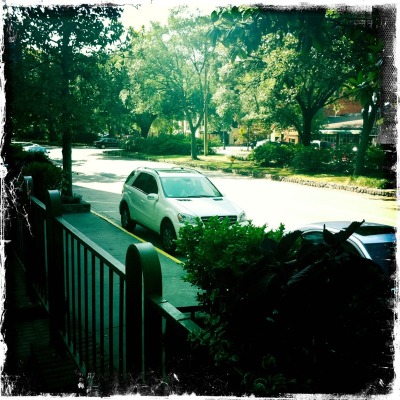 So, those are the bits of the course from this trip. All of the parts I’ve shown you are flat! Flatter than the Chicago marathon flat. Coming up in a day or so places I like to eat. Cause I want everyone to enjoy all of the yummy food here, which is what I’m about to do myself 🙂

So since I’m in Savannah performing with one of my favorite groups, the Savannah Philharmonic, I thought I would try and check out different parts of the course. Today’s scheduled run was for speed intervals, and just a mere 3 blocks from my hotel is Forsyth Park, site of the race finish. Just over a mile will get you all the way around this beautiful park (perfect for interval repeats and avoiding cars, but that’s another post). Plus you get to see some of the beautiful houses that are famous in Savannah. Oh, and it’s flat! Unless you count the bumps in the sidewalks, and then it’s still flat

Welcome to Forsyth Park. After a little jaunt of either 13.1 or 26.2 miles this guy welcomes you to the north end of the park. All you have to do is run down one of these streets (the map is a little fuzzy as to which) 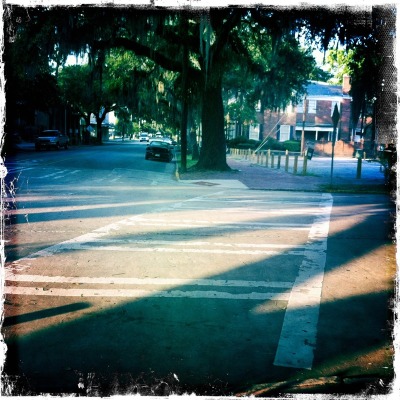 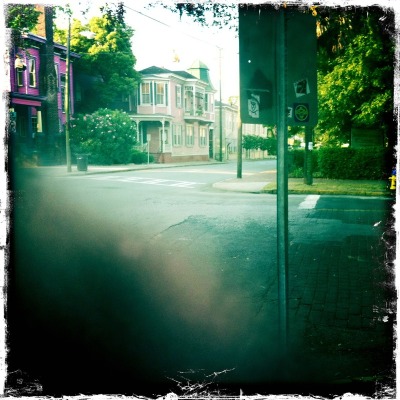 I think the hot pink house adds something extra don’t you? 🙂

And how about a post race concert in the park. This is pretty much perfect for it

Personally I vote for this as the post race meeting spot… 🙂 I seem to have a thing for fountains on my runs these days.